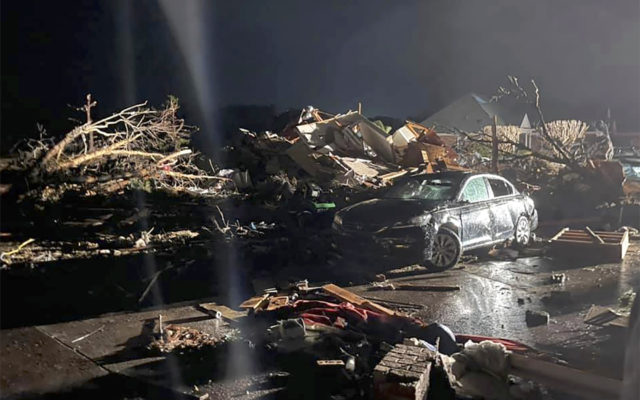 By BRYAN ANDERSON and JONATHAN DREW Associated Press
North Carolina authorities say at least three people are dead and 10 others were injured after an apparent tornado ripped through a coastal community. Officials say it struck just before midnight Monday in Brunswick County’s Ocean Ridge Plantation neighborhood, destroying homes, downing powerlines and snapping trees in half. Gov. Roy Cooper said dozens of homes were damaged by what he called a “fierce tornado.” A meteorologist says a National Weather Service crew will be surveying to confirm that a tornado did touch down. He says it was spawned when warm air collided with the cold front bringing ice, snow and subzero temperatures to much of the nation.