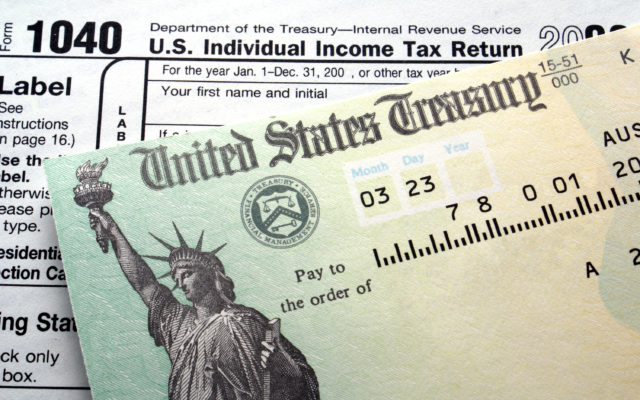 One of the programs, from the Central Council of Tlingit and Haida Indian Tribes of Alaska, is offering up to $1,000 in aid to tribal members who have been affected by the COVID-19 pandemic.

The other, from Goldbelt Inc., is making available up to $2,600 per shareholder. Shareholders must be U.S. citizens and be able to show a financial impact from the pandemic to be eligible, KTOO Public Media reported.

Nathan Johnson recently applied for one of the $1,000 grants. He used to work seasonal jobs in Angoon, but the pandemic hit the economy there hard, and he moved to Juneau for work opportunities. Grandparents in Angoon have been looking after his three children, who he wants to bring to Juneau.

He has been working at a restaurant and saving for an apartment for his family. He said $1,000 would be a “big help,” and said submitting his application felt like a “big mountain off his shoulders.”

Funding for the Tlingit and Haida program comes from a federal recovery package passed by Congress earlier this year. The program will remain open until the end of 2024 or until all funds are spent, according to a statement from the tribal government.

Goldbelt has more than $11 million available for its program, which would be enough to make the maximum payment to every one of its nearly 4,000 shareholders.

“We have enough money for everybody to get the full amount if they can demonstrate the need,” said Goldbelt CEO McHugh Pierre. “So I want everyone to apply, justify your amount, and we will reimburse you for those costs up to $2,600.”

The application period closes Sept. 30. Pierre said any remaining funds would go toward another relief program, to be determined in October. The funds must be spent this year.

The money comes from a federal recovery package approved last year that got tied up in litigation. The U.S. Supreme Court in June ruled funds set aside for tribes could also go to Alaska Native corporations.

With the litigation resolved, Goldbelt wants to get funds “into our shareholders’ hands and help them out in this difficult time,” Pierre said.