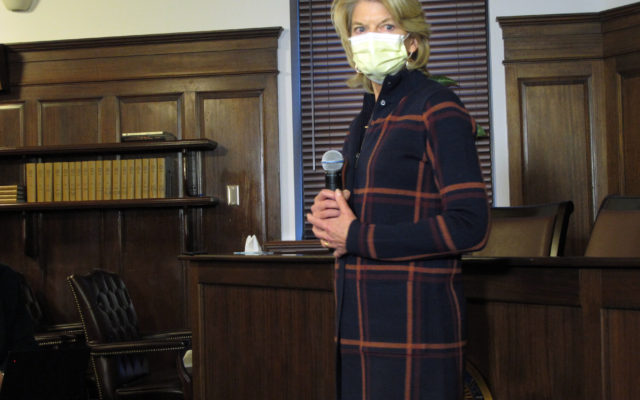 By MARK THIESSEN Associated Press
ANCHORAGE, Alaska (AP) — The Alaska Republican Party has censured U.S. Sen. Lisa Murkowski for voting to convict former President Donald Trump at his impeachment trial and now doesn’t want her to identity as a Republican when she runs for office. State Central Committee member Tuckerman Babcock made the disclosure Tuesday. It’s a watershed moment for Republican politics in Alaska. Murkowski has been in the U.S. Senate since 2002, when her father selected her to finish his unexpired term after he was elected governor. Murkowski wasn’t available for comment Tuesday. However, she has said her obligation is to uphold the Constitution even if that means opposing the direction of the state party.