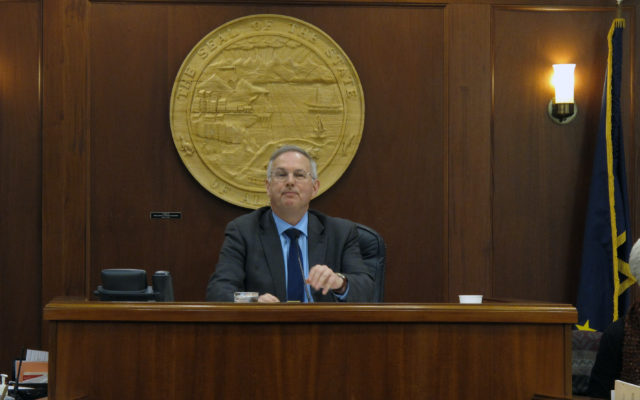 Alaska state Rep. Bryce Edgmon takes the dais after being elected speaker of the House on Thursday, Feb. 14, 2019, in Juneau, Alaska. Edgmon was elected speaker on the 31st day of the legislature. (AP Photo/Becky Bohrer)

Thursday’s 21-18 vote came on the 31st day of the legislative session – the longest stretch the House had gone without electing a permanent speaker.

The vote follows multiple failed, prior efforts to elect a speaker.

Republicans had repeatedly offered Rep. Dave Talerico for the role. While Republicans hold 23 of the House’s 40 seats, Talerico could never muster the necessary support.

Edgmon, who is from Dillingham, was speaker during the last Legislature, when he led a largely Democratic coalition that also included several Republicans and independents.