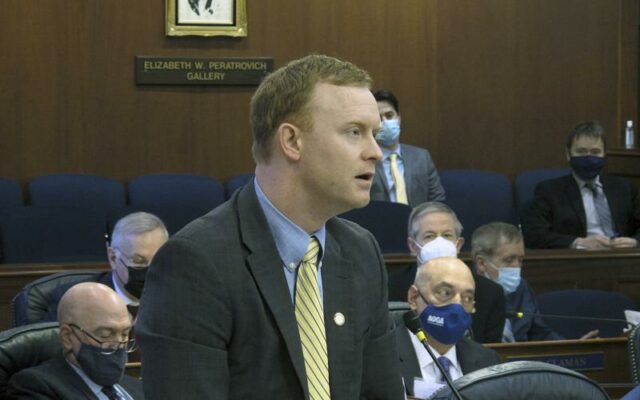 JUNEAU, Alaska (AP) — Alaska House Republicans have removed Rep. David Eastman from their caucus, the minority leader said Friday, citing tensions with the Wasilla Republican that have built over time.

The decision comes with less than three weeks left in the regular session that began in January.

Eastman did not respond to an email request for comment; a House floor session was underway Friday morning.

Minority Leader Cathy Tilton said informal polling of her caucus’ members showed more than 2/3 agreed to Eastman’s removal. The caucus had 18 members before his removal.

Tilton said his actions have “caused disruption and threaten the cohesion of the caucus” and said he has become more of a “distraction” from the caucus’ ability to advance its policy agenda.

She said Eastman can represent his constituents in any manner he deems appropriate. She said there was no specific incident that prompted the action now but described there being a buildup.

Eastman’s style has at times alienated and frustrated members of his own party, some of whom said his unpredictability had cost Republicans a shot at organizing a majority to control the House in 2019 and 2020 and campaigned for his Republican primary challenger in 2020.