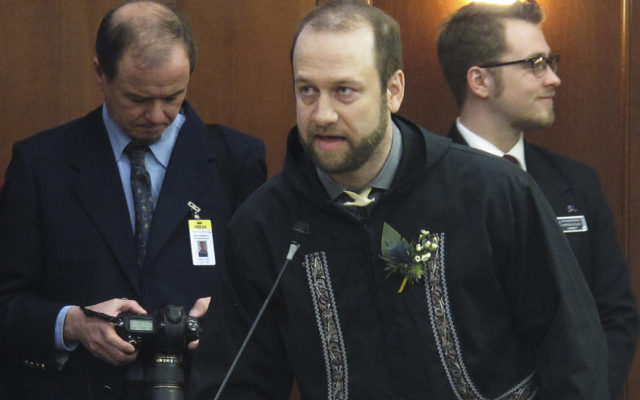 Alaska state Rep. John Lincoln, of Kotzebue, Alaska, addresses the floor of the House shortly after being sworn in as the Legislature's newest member on Wednesday, Jan. 31, 2018, in Juneau, Alaska. (AP Photo/Becky Bohrer)

JUNEAU, Alaska (AP) – A Kotzebue state lawmaker says he will not seek re-election this year, citing family considerations. Rep. John Lincoln says he will finish the remainder of his term and when it is over, intends to return to work for NANA Regional Corp. Lincoln has young children. He was appointed to the House in 2018 and is a member of the House’s bipartisan majority. His office says he changed his party registration from Democrat last year and is now an independent.