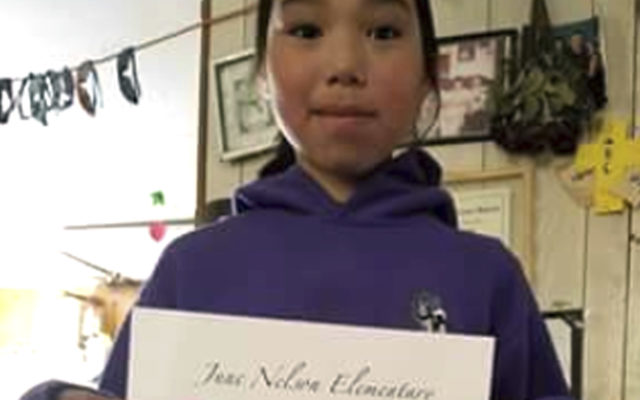 ANCHORAGE, Alaska (AP) — An Alaska man linked to the 2018 death of a 10-year-old girl has pleaded guilty to first-degree murder and sexual abuse of a minor, authorities said.

Peter Vance Wilson entered his plea Monday in the death of Ashley Johnson Barr in the remote Inupiat town of Kotzebue, which is 26 miles (42 kilometers) north of the Arctic Circle and serves as a regional hub for northwest Alaska villages.

Wilson had initially pleaded not guilty but recently entered a plea agreement with prosecutors.

“It’s a good sigh of relief, knowing that he decided to finally admit what he did, and he finally understands what he did was wrong,” Ashley’s father, Scotty Barr, told The Associated Press on Tuesday. “But there shouldn’t be any excuses for taking another person’s life, especially a younger child.”

The girl disappeared Sept. 6, 2018, in the community of about 3,200 people, and her remains were found Sept. 14 in rugged tundra accessible only by a four-wheeler or on foot.

According to court documents filed in 2018, Wilson took a cellphone away from Ashley and lied when he said he found it on the ground. The documents also say Wilson lied about knowing Ashley and using a four-wheeler the day she vanished.

Ashley had her cellphone with her when she was last seen playing with friends at a park. Authorities say the phone was found later that day in Wilson’s jacket by one of his relatives after her parents repeatedly called it.

Wilson told authorities that he found the phone on the ground near the park. A message left with his lawyer, Ariel Toft with the Office of Public Advocacy, was not immediately returned.

The afternoon the girl went missing, authorities say Wilson disappeared with a four-wheeler for about two hours. The FBI, which sent 17 agents to help investigate, said the girl’s body was found on tundra outside Kotzebue, in an area concealed by brush.

After the girl disappeared, Kotzebue residents helped search for her and vigils were held across Alaska.

Scotty Barr said Wilson changing his plea was “another good little relief off our shoulders, off our minds.”

“It plays with your emotions, mentally, physically and emotionally and spiritually,” Barr said, noting that Ashley’s six siblings might be having the hardest time with her death. “We’re almost at the end, and we’re looking forward to it, to become a family again, to learn to live without one of your children that will never, ever come back.”