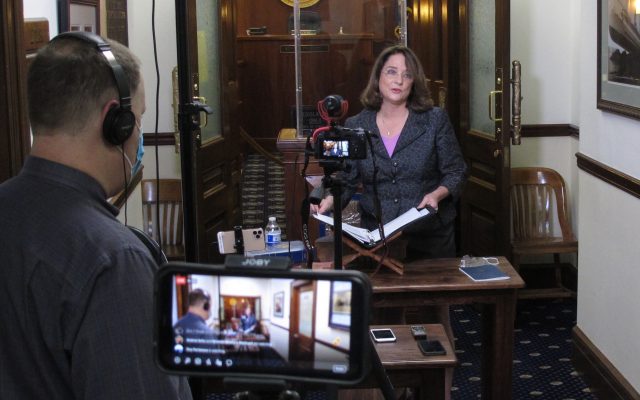 By BECKY BOHRER Associated Press
JUNEAU, Alaska (AP) — An Alaska state senator is seeking an apology from Gov. Mike Dunleavy for a scathing letter in which he accused her of misrepresenting the state’s COVID-19 response and said his administration would no longer participate in hearings she leads. Sen. Lora Reinbold called the reaction by Dunleavy, a fellow Republican, “outlandish.” She also said she saw the letter an “attempt to intimidate” those who question him and his administration. A Dunleavy spokesperson listened to Reinbold’s news conference, held in a Capitol corridor and later said the governor would not be retracting his letter. Dunleavy has been working from home while recovering from COVID-19.