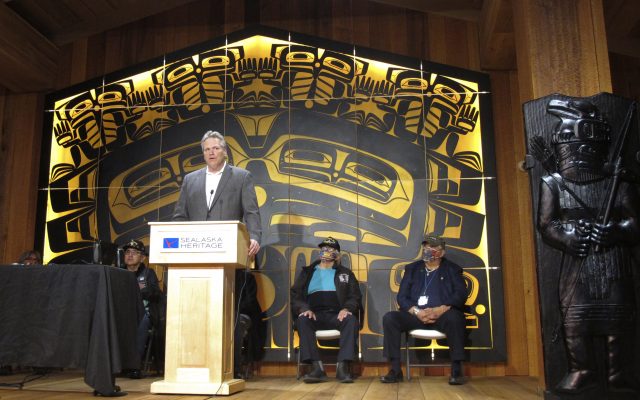 JUNEAU, Alaska (AP) — An Alaska Native tribe has nominated for consideration as a national marine sanctuary an area around the Pribilof Islands that supports Stellar sea lions, northern fur seals and other marine life.

The National Oceanic and Atmospheric Administration announced Wednesday that it had agreed to add the nomination of Alaĝum Kanuux, or Heart of the Ocean, by the Aleut Community of St. Paul Island to a list of areas it could consider for designation as a marine sanctuary.

The agency notes that the addition of a place to the list is no guarantee it will become a sanctuary. Sanctuary designation is a separate process that is “highly public and participatory, and often takes several years to complete.”

The tribe nevertheless lauded the step as significant.

“Our ultimate vision is a designated, co-managed marine area that supports the growth of local and regional economies and advances conservation,” Amos Philemonoff, president of the Aleut Community of St. Paul Island Tribal Government, said in a statement.

“As a lifelong commercial halibut fisherman, I’ve witnessed the changes occurring in our ecosystem and their impacts on our people. It’s time for proactive change for the better, and I’m proud that our Tribe is leading this movement.”

Meanwhile, the White House on Wednesday highlighted as part of the Biden administration’s work related to oceans a recent meeting between federal agencies and an advisory council representing more than 70 tribes focused on the Northern Bering Sea region. The White House in a statement said the parties represent “a new model for nation-to-nation coordination for a large ocean area.”