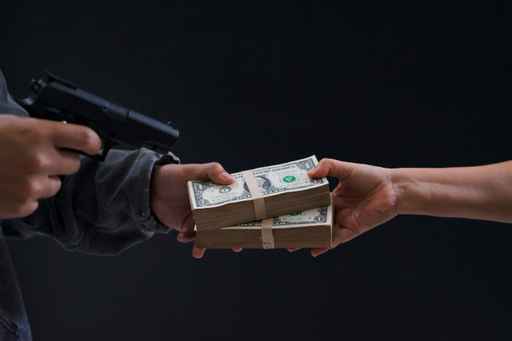 ANCHORAGE, Alaska (AP) – A 21-year-old Anchorage man has been charged with bank robbery at a credit union.

Federal prosecutors say Kek Bol also is charged with discharging a firearm during a violent crime.

Prosecutors say Bol on June 15 entered an east Anchorage branch of Credit Union 1 carrying a pistol and wearing bandanna over his face.

Prosecutors say Bol fired a shot into the ceiling, pointed the pistol at tellers, demanded money and ran out with cash.

Video surveillance showed the man dropping cash bundles in the parking lot and a sedan nearby.

Acting on a tip, Anchorage police found the sedan at Bol’s home. A search found a handgun and thousands in cash with serial numbers that matched cash from the robbery.