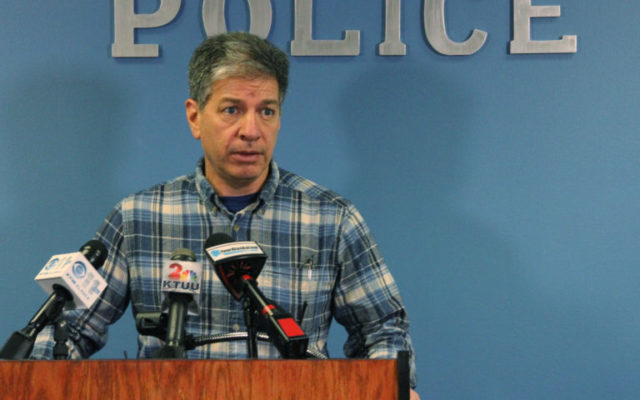 Anchorage Mayor Ethan Berkowitz on Tuesday announced his resignation, effective October 23rd, a day after admitting to an inappropriate relationship with a local television anchorwoman. In a statement released shortly before 6:00 pm Tuesday, the mayor said his resignation “results from unacceptable personal conduct that has compromised my ability to perform my duties with the focus and trust that is required.”

On Monday, Berkowitz apologized to the people of Anchorage for a “major lapse” in judgment in having what he said was a consensual, inappropriate messaging relationship with TV anchorwoman Maria Athens. The acknowledgement came after several days that roiled Alaska’s largest city, a span that saw both his denial of accusations Athens made on Facebook and her arrest. It was not immediately clear what the messages involved and how long it lasted. Berkowitz declined an interview with The Associated Press.