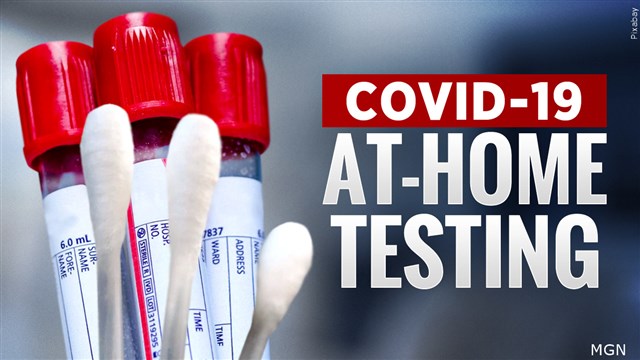 JUNEAU, Alaska (AP) — Communities across Alaska will have thousands of free at-home COVID-19 test kits to distribute during the holidays, officials say.

Sarah Hargrave, Southeast regional public health nurse manager for the state of Alaska, told KTUU that close to 100,000 kits have been sent across Alaska.

Sixteen public health centers in the state will have the kits. School districts have ordered them, as have fire departments and universities.

Corey Allen Young, a spokesperson for Mayor Dave Bronson’s office, said Anchorage had secured 25,000 kits from the state that will be available at testing sites and places like libraries.

Earlier in the year, the municipality bought 25,000 rapid at-home test kits that it gave to adult living facilities for staff and residents.

The City and Borough of Juneau is distributing the at-home kits at its three libraries and at City Hall, among other locations.

Around 1,100 are being sent from the state to Juneau each week. But health officials estimate Juneau will need double the amount each week in coming months, particularly with an expected omicron variant case surge.

At-home kits are also due to be distributed across the Matanuska-Susitna Borough and in communities like Petersburg and Nome.

The state’s seven-day average of new cases dropped by almost one-third over the past two weeks to 78 on Tuesday, according to data from the Alaska Department of Health and Social Services. On Dec. 7, the seven-day average was 218.7.