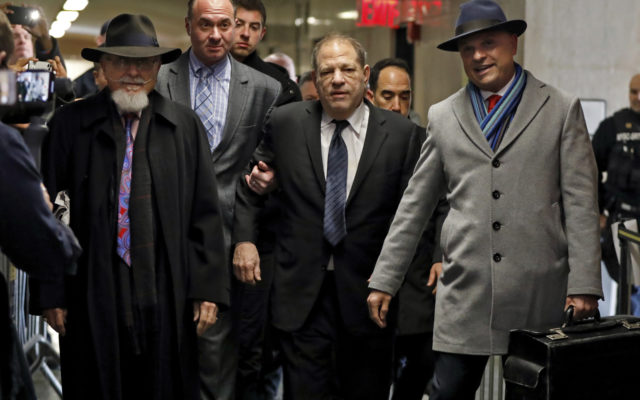 NEW YORK (AP) – A woman who says Harvey Weinstein raped her was back on the witness stand Tuesday, a day after she became so upset while being questioned by the movie mogul’s lawyers that the judge suspended her cross examination. Subdued and somber, the woman stared at jurors and told them she wanted them to know that Weinstein was “my rapist.” The woman is expected to be on the stand much of the day as Weinstein’s lawyers continue a painstaking review of emails and other evidence they say paint the 34-year-old as manipulative. Weinstein has said any sexual encounters were consensual.