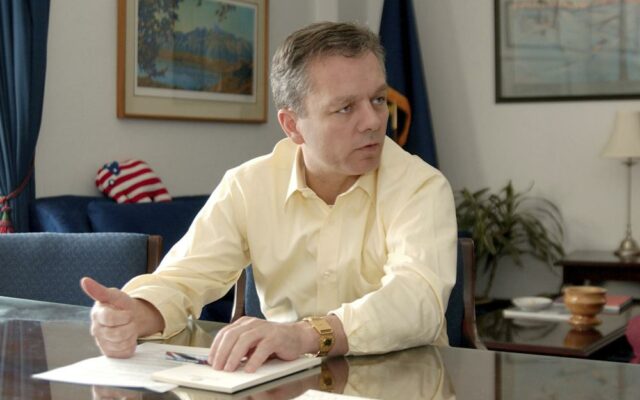 JUNEAU, Alaska (AP) — Ben Stevens, a former Alaska Senate president and a son of the late U.S. Sen. Ted Stevens, has died. He was 63.

Erec Isaacson, president of ConocoPhillips Alaska, where Stevens worked as vice president of external affairs and transportation, released a statement Friday saying the company was “deeply saddened by the sudden passing of our friend and colleague, Ben Stevens.”

“Ben was a valued leader at ConocoPhillips Alaska and leaves a significant legacy in the state of Alaska. Ben will be deeply missed not only by his family and colleagues but in the broader Alaska community,” Isaacson said.

Stevens joined the company in early 2021 after working as chief of staff to Republican Gov. Mike Dunleavy.

A message seeking comment was sent to the Ted Stevens Foundation. Ted Stevens, who died in 2010, was a Republican U.S. senator for Alaska for 40 years.

Ben Stevens was appointed to the state Senate in 2001. He was Senate president in 2005 and 2006 but did not seek reelection after that.

His office was among at least six state legislative offices raided by federal agents in 2006 as part of a corruption probe. Stevens was never charged with a crime. He denied any wrongdoing.

Former Alaska Gov. Bill Walker said on social media that he had spent time twice this week with Stevens and that the news of his unexpected death was “surreal.”

Stevens is survived by his wife, Elizabeth, and their children.