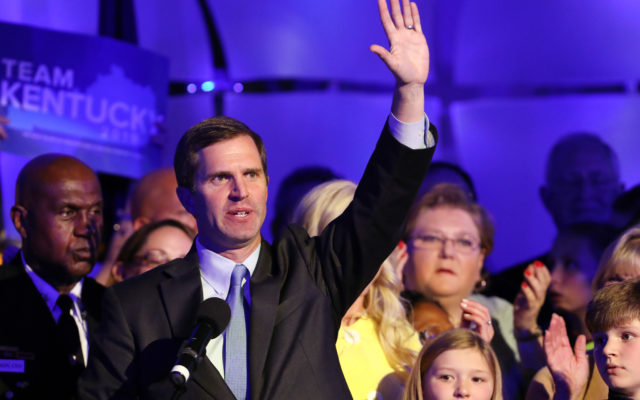 By BRUCE SCHREINER Associated Press
FRANKFORT, Ky. (AP) — Kentucky Gov. Andy Beshear says armed protesters who hung an effigy of him were trying to use “fear and terror” to force their will on others. The Democratic governor on Tuesday referred to the protesters as a mob. He said he won’t back down as he condemned the rally that spread to where his children play at the Governor’s Mansion. The effigy was hung in a tree near the State Capitol on Sunday. It occurred during what was billed as a protest rally in defense of constitutional rights, including the right to bear arms. It drew condemnation from leaders of both political parties.