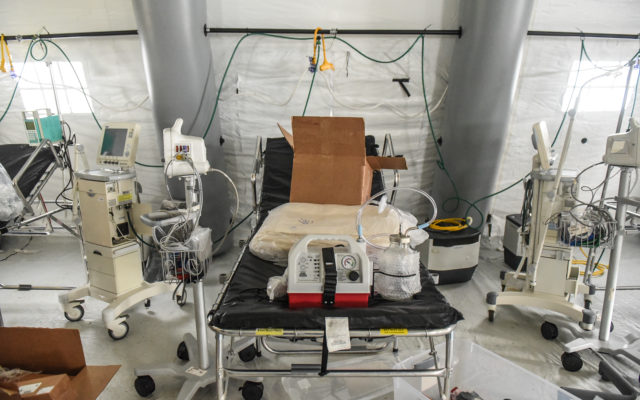 NEW YORK, NY - MARCH 30: A ventilator and other hospital equipment is seen in an emergency field hospital to aid in the COVID-19 pandemic in Central Park on March 30, 2020 in New York City. (Photo by Stephanie Keith/Getty Images)

SACRAMENTO, Calif. (AP) — Five hundred ventilators on loan from California will be deployed to four states and two U.S. territories as they battle the coronavirus. California Gov. Gavin Newsom announced plans to lend the ventilators on Monday to the national stockpile even as the state hunts for more of its own supplies. Vice President Mike Pence says the ventilators will be sent to Nevada, Maryland, Delaware, the District of Columbia, the Northern Mariana Islands and Guam. Newsom suggested some of the ventilators may go to hard-hit New York. But he said the federal government should decide where they were needed most.