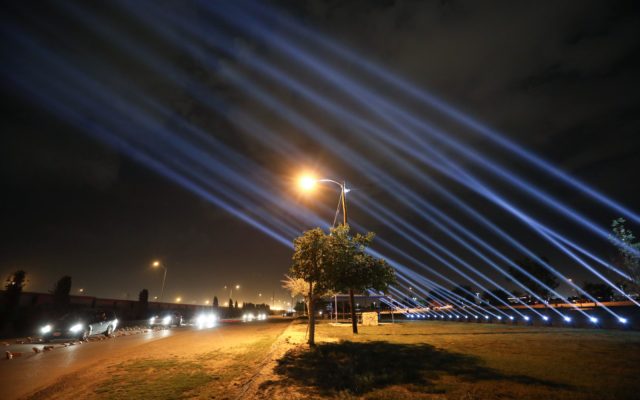 EL PASO, Texas (AP) — Twenty-three pillars of light shot into a cloudy El Paso sky to commemorate the lives lost during a shooting that targeted Mexicans at a Walmart one year ago. The memorial late Sunday was visible from both sides of the US-Mexico border. People lit paper lanterns and played music in a park in a ceremony marking a year since the attack. Events to commemorate the shooting in El Paso have been reshaped by the coronavirus. The pandemic has added peril to gatherings, but hasn’t stopped the largely Hispanic city of 700,000 showing unity. Later Monday, a star of lights is set to flash once for each of the victims on the mountains that overlook the city.