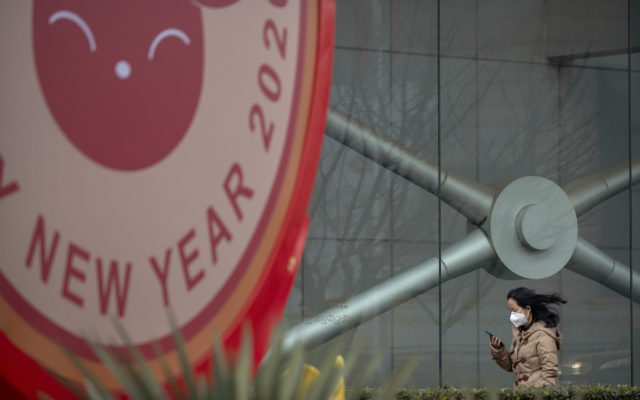 A woman wears a face mask as she walks past a display for the upcoming Lunar New Year, the Year of the Rat, in Beijing, Wednesday, Jan. 22, 2020. Chinese health authorities urged people in the city of Wuhan to avoid crowds and public gatherings, after warning on Wednesday that a new viral illness that has infected hundreds and caused at least nine deaths could spread further. (AP Photo/Mark Schiefelbein)

BEIJING (AP) – Chinese state media say the city of Wuhan is shutting down outbound flights and trains as the country battles the spread of a new virus that has sickened hundreds of people and killed 17. The official Xinhua News Agency said Thursday that the city also asked people not to leave the city without specific reasons. The illness comes from a new coronavirus that experts say may be mutating. The World Health Organization put off deciding whether to declare the outbreak a global health emergency, asking its expert committee to continue its meeting for a second day.