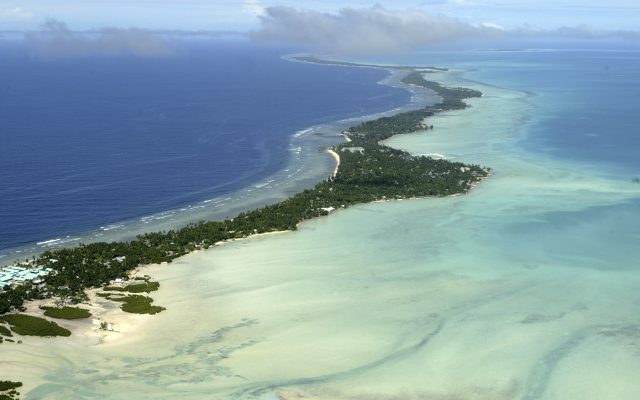 FILE - This March 30, 2004, file photo, shows Tarawa atoll, Kiribati. Ioane Teitiota and his wife fought for years to be allowed to stay in New Zealand as refugees, arguing that rising sea levels caused by global warming threaten the very existence of their tiny Pacific nation of Kiribati, one of the lowest lying countries on Earth. (AP Photo/Richard Vogel, File)

By JULIE WATSON Associated Press
SAN DIEGO (AP) — No nation offers asylum or other protections to people displaced because of climate change. President Joe Biden’s administration is studying the idea, and climate migration is expected to be discussed at his first climate summit this week. The idea faces monumental challenges, including how to define a climate refugee when natural disasters, drought and violence are often intertwined in regions people are fleeing, such as Central America. If the U.S. defined a climate refugee, it could mark a major shift in global refugee policy. The U.S. may describe the displaced as climate migrants instead of refugees and offer them humanitarian visas or other protections.