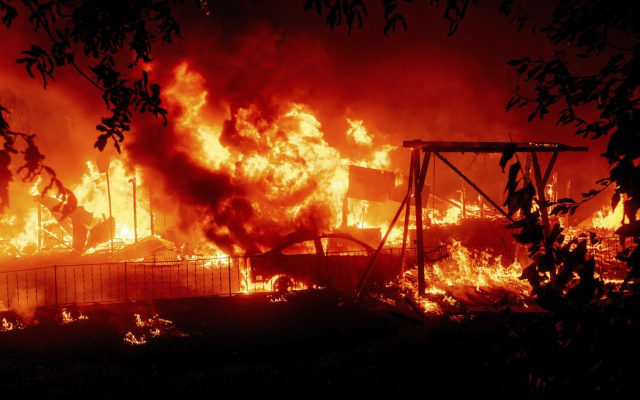 Alaska Division of Forestry spokesperson Tim Mowry said the fire was “still pretty mellow.” Parts of the fire had come within 100 yards (91.44 meters) of the Chena Hot Springs Resort.

Firefighters were attacking areas of the fire that came down a ridge and were closest to the resort, located about 60 miles (96.56 kilometers) northeast of Fairbanks.

Helicopters were dropping buckets of water, and crews were able to attack the fire’s leading edges in efforts to keep it in check, Mowry said.

He said firefighters planned to continue that effort Wednesday.

A steady rain of at least an hour, coupled with intermittent showers, helped firefighters Tuesday. The rain helped increase the relative humidity. “The fire rally sort of clams down,” in those conditions, Mowry said.

The fire was started by lightning on June 18. Since then, it has grown to just over 40 square miles (104 square kilometers).

The Fairbanks North Star Borough had issued an evacuation order but more than a dozen people have stayed.