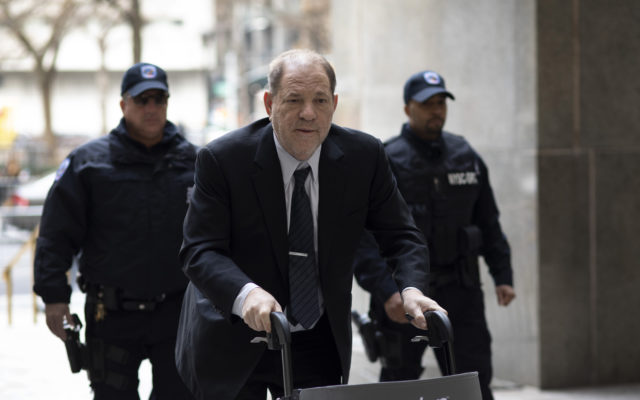 Harvey Weinstein arrives at court for his trial on charges of rape and sexual assault, Monday, Feb. 3, 2020 in New York. (AP Photo/Mark Lennihan)

NEW YORK (AP) – A key accuser in the New York City rape trial of Harvey Weinstein faced a vigorous cross-examination that drove her to tears. The drama prompted the judge to send the jury home about an hour earlier than usual Monday. While on the stand, the woman answered questions about why she maintained a relationship with Weinstein despite her allegations that the once-powerful movie mogul raped her. The testimony comes at a pivotal moment in the trial of Weinstein, who became one of the #MeToo movement’s top targets. He is charged in New York with the 2013 rape and also sexually assaulting Mimi Haleyi, a former “Project Runway” production assistant, in 2006. He’s insisted that any sexual encounters were consensual.