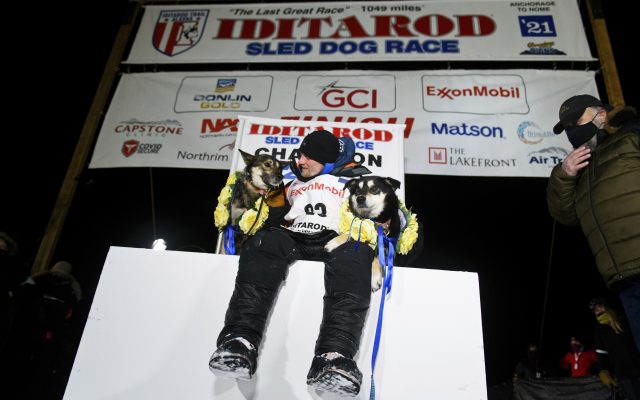 By MARK THIESSEN Associated Press
ANCHORAGE, Alaska (AP) — Dallas Seavey has won the Iditarod and matched a milestone in the world’s most famous sled dog race. It’s the fifth title for the 34-year-old Seavey and matches the record of most wins by any musher. The other musher with five wins is Rick Swenson, who won titles between 1977 and 1991. Seavey crossed the finish line early Monday near the community of Willow, Alaska. The race is normally 1,000 miles but was shortened this year to 850 miles because of the pandemic and didn’t end in Nome. Instead, mushers started the race near Willow, went to the mining ghost town of Iditarod and back to Willow.