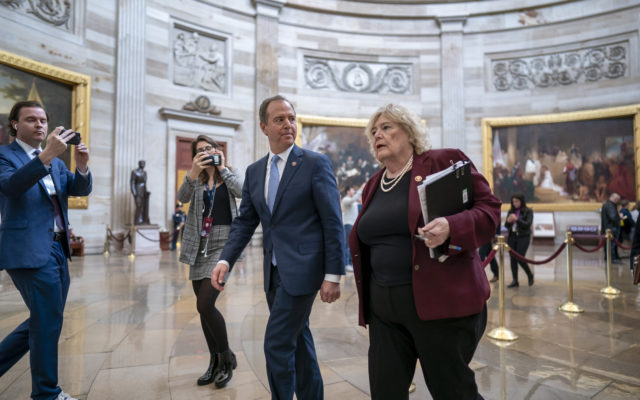 WASHINGTON (AP) – Democratic House prosecutors are making their final arguments at Donald Trump’s impeachment trial, accusing the president of laboring to cover up his actions with Ukraine that finally led to the charges now against him. The Democrats also insisted the president only released congressional approved military money to Ukraine because he had “gotten caught” withholding it. The president’s legal team is preparing its defense, expected to start Saturday. Trump bemoaned the schedule in a morning tweet, saying it “looks like my lawyers will be forced to start on Saturday, which is called Death Valley in T.V.”