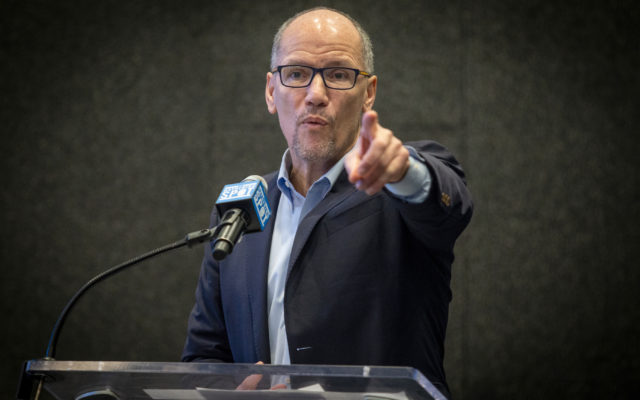 Tom Perez, chair of the Democratic National Committee, addresses the audience during a speech on Wednesday, Nov. 20, 2019, in Atlanta. (AP Photo/ Ron Harris)

WASHINGTON (AP) – The chairman of the Democratic National Committee is calling for a “recanvass” of the results of the Iowa caucuses. Party leader Tom Perez tweeted Thursday that “enough is enough” after three days of technical issues and delays. He says the recanvass is needed to “assure public confidence.” Pete Buttigieg and Bernie Sanders are nearly tied for the lead with 97% of precincts reporting. Both candidates have declared themselves victorious in Monday’s contest. The Associated Press has not called the race. It’s unclear if the Iowa state party planned to follow the directive of the national leader to recanvass the results.