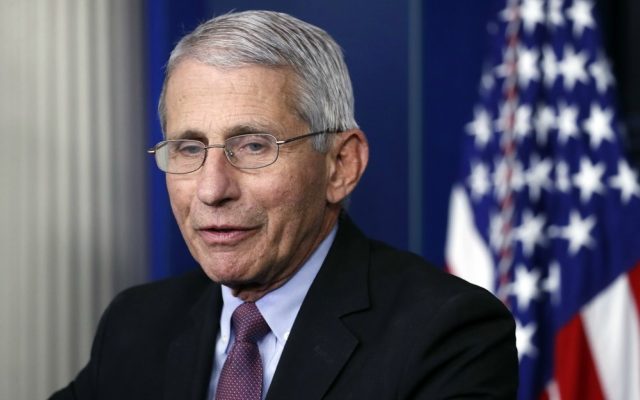 By The Associated Press undefined
WASHINGTON — Dr. Anthony Fauci dismissed a tweet by Donald Trump claiming the U.S. global lead in coronavirus cases is because of increased testing.
Responding to questioning by a House Democrat, Fauci says the scale of the U.S. outbreak is the result of multiple factors, including some states opened too quickly, disregarding federal guidelines. Those recommendations called for a phased approach to easing restrictions on restaurants, bars and gyms based on state case counts.
Trump tweeted as a House oversight committee heard from the nation’s top health officials on the federal response to coronavirus. Rep. James Clyburn, D-South Carolina, chaired the committee hearing. Fauci’s warnings about the scope and dangers of the outbreak have drawn the ire of some of President Trump’s supporters and prompted calls for his firing. But he’s avoided open confrontations with the White House.