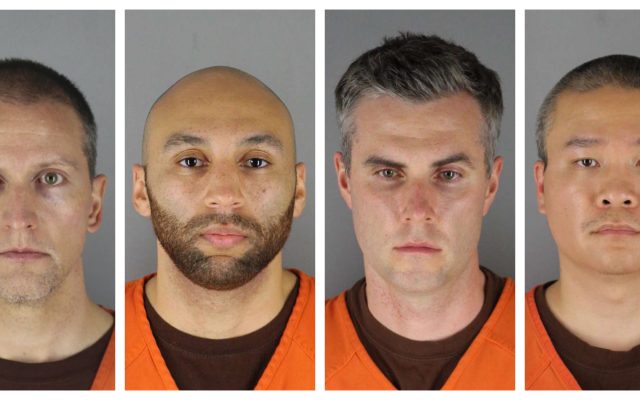 By AMY FORLITI and STEVE KARNOWSKI Associated Press
MINNEAPOLIS (AP) — Attorneys for three former Minneapolis officers awaiting trial in George Floyd’s death will be in court Thursday to argue pretrial motions. Those include a request that prosecutors be sanctioned after media reports that Derek Chauvin had planned to plead guilty a year ago. Another claims that prosecutors haven’t disclosed information about the alleged coercion of a witness — the Hennepin County medical examiner who testified about what was found in an autopsy of Floyd. Thomas Lane, J. Kueng and Tou Thao face trial in August on charges of aiding and abetting second-degree murder and aiding and abetting second-degree manslaughter.