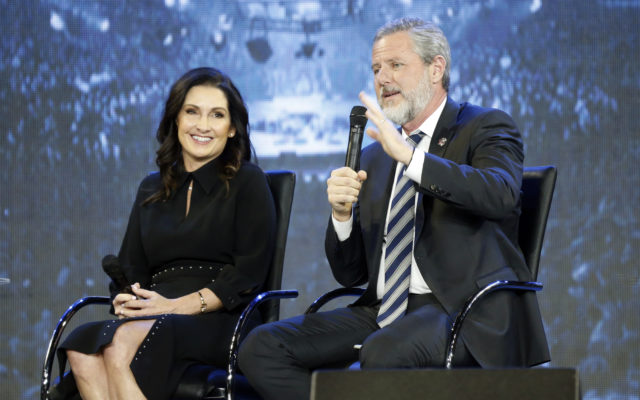 - FILE -This Wednesday Nov. 28, 2018 file photo shows Rev. Jerry Falwell Jr., right, and his wife, Becki during after a town hall at a convocation at Liberty University in Lynchburg, Va. (AP Photo/Steve Helber)

By ELANA SCHOR and SARAH RANKIN Associated Press
RICHMOND, Va. (AP) — Jerry Falwell Jr. says he has resigned as head of evangelical Liberty University. Falwell confirmed his departure in an interview with The Associated Press on Tuesday, a day after the school said he had submitted, then rescinded his resignation. Falwell stepped down amid conflicting claims about a sexual relationship his wife had with a younger business partner. He had already been on a leave of absence after a photo he posted on social media caused an uproar. Falwell is the son of university founder the late Rev. Jerry Falwell.