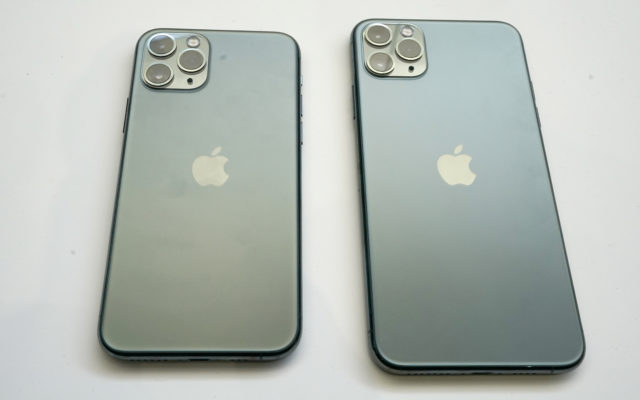 The new iPhone 11 Pro and iPhone 11 Pro Max was displayed at the Steve Jobs Theater during an event to announce new products Tuesday, Sept. 10, 2019, in Cupertino, Calif. (AP Photo/Tony Avelar)

WASHINGTON (AP) – The FBI is asking Apple to help extract data from iPhones that belonged to the Saudi aviation student who fatally shot three sailors at a U.S. naval base in Florida last month. Investigators say they’re trying to access data but the two phones are locked and encrypted. A letter to Apple from the FBI’s general counsel, Dana Boente, calls it a high-priority national security matter. Apple says it’s already provided investigators with all the data it has. Apple and other tech companies have been in conflict with U.S. authorities over law enforcement’s desire for a backdoor to access encrypted data.