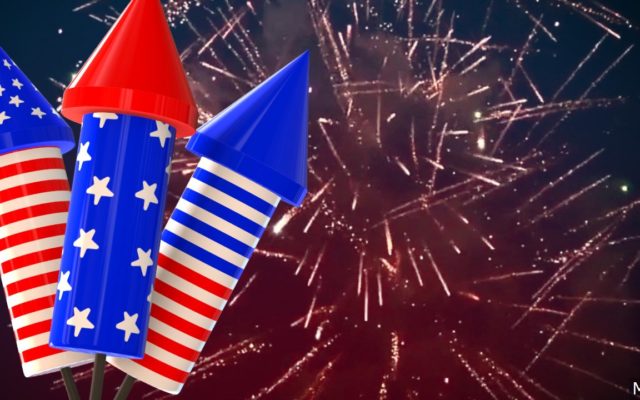 JUNEAU, Alaska (AP) — The Alaska State Fire Marshal’s Office is suspending the use of fireworks across large portions of the state, citing fire dangers.

The state Department of Public Safety in a statement said the fire marshal’s office, along with the Division of Forestry and Fire Protection, have suspended the use fireworks until further notice in the Kenai Peninsula, Matanuska-Susitna, Denali and Fairbanks North Star boroughs.

The suspension also applies to areas “in and around” Delta Junction, Tok and the upper Tanana Valley and to the Copper River Basin area, the statement says.

State Fire Marshal Richard Boothby cited the weather forecast for the holiday weekend, which he said would keep the fire danger high.

“With much of the wildland firefighting personnel and assets already assigned to fires burning in the state, we can’t take any chances of more human-caused fires,” he said in the statement.

The state’s preparedness level was moved to the highest possible on Thursday, which happens when large fires that require incident management teams happen in several areas.

According to the Alaska Interagency Coordination Center, a total of 368 fires have burned in Alaska this year on 2,785 square miles (7,213 square kilometers).

As of Thursday, officials said there were 159 fires actively burning in Alaska. Of those, 19 were staffed.