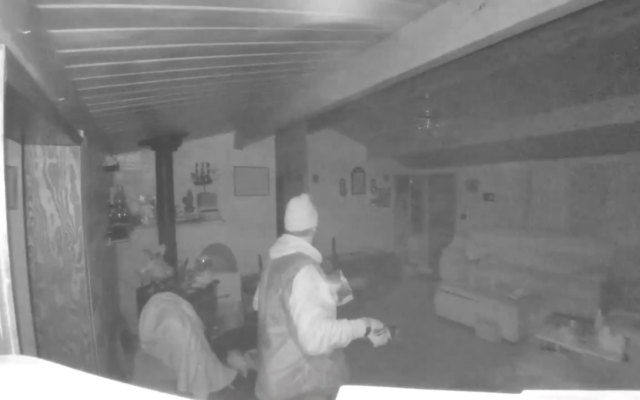 Anchorage police are seeking two suspects connected to a home burglary that involved two stolen vehicles. 26-year-old Ta’lora Thompson was charged Monday for her alleged involved in a February 9th burglary at a home on East 5th Avenue. She, along with two men, appear to have been caught on surveillance footage breaking into the home and stealing a Dodge Ram and Dodge Durango. The Durango was found with three people inside a day later, and investigators say interviews with the occupants led them to charge Thompson – who was already in custody on unrelated charges. The three occupant of the Durango were also arrested. APD is still looking for the two men caught on camera in the burglary – those images can be viewed at KFQD dot com. Anyone with information is asked to Detective Hernandez at 786-2474 or Sergeant Witte at 786-8853.  To remain anonymous, you can call Crime Stoppers at 561-STOP.

Anchorage: Do you recognize the 2 adult males in this surveillance video? They’re suspects in burglary and stolen vehicle investigations.