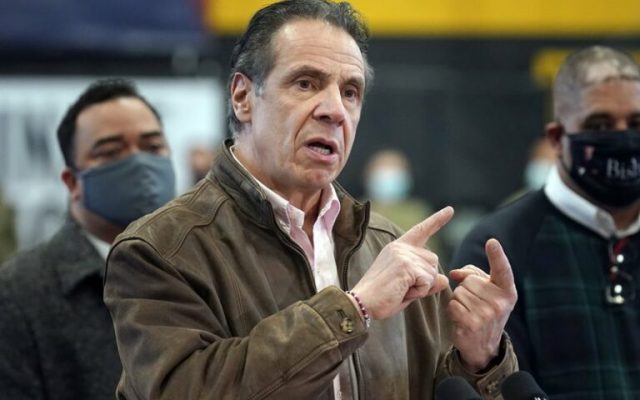 By MARINA VILLENEUVE Associated Press
ALBANY, N.Y. (AP) — A lawyer for Gov. Andrew Cuomo said she has reported a groping allegation made against him to local police after the woman involved declined to press charges herself. The Times Union of Albany reported Wednesday that an unidentified aide had claimed Cuomo reached under her shirt and fondled her after summoning her to his official residence. Cuomo said he never touched anyone appropriately. Beth Garvey, the governor’s acting counsel, said in a statement Thursday that as a matter of state policy, the woman who made the allegations was told she should contact her local police department. She said she phoned police herself when the woman declined, through her lawyer, to make a formal complaint.