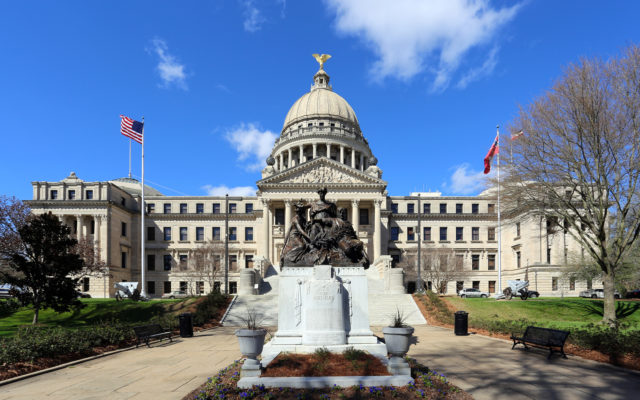 By EMILY WAGSTER PETTUS Associated Press
JACKSON, Miss. (AP) — Mississippi Gov. Tate Reeves has announced a ceremony to sign a bill retiring the last state flag with the Confederate battle emblem. The Republican will sign it Tuesday evening, just two days after legislators passed it. Amid international protests over racial injustice, Mississippi has been under increasing pressure to lose a symbol many see as racist. The state had used the flag since 1894. It will not have a flag for a while. A commission will design a new one that cannot have the Confederate symbol and must have the phrase, “In God We Trust.” Voters will be asked to approve the new design.