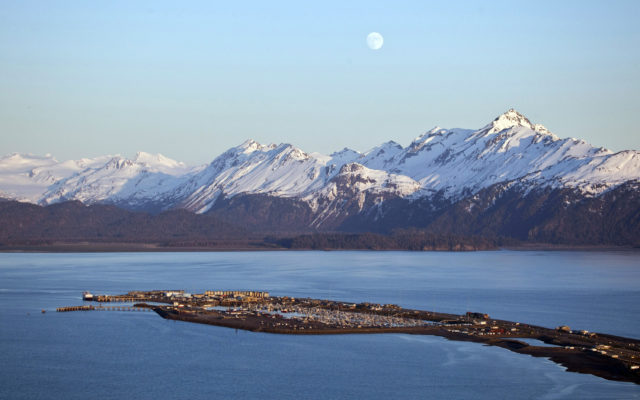 This Tuesday, May 25, 2010 picture shows an aerial view with the moon over the Kenai Mountains, Kachemak Bay, and the Homer Spit in Homer, Alaska. (AP Photo/Scott Dickerson)

HOMER, Alaska (AP) – An Alaska faith-based organization is struggling to find a location to open an inpatient addiction treatment center for men in Homer.

The Homer News reported Thursday that Set Free Alaska has been searching for a place to put a facility for men fighting addiction since the beginning of the year.

The Christian organization wants to open a men’s center in Homer with a similar model.

Officials say some residents have resisted in areas the nonprofit group has considered because of concerns it will negatively alter their neighborhoods.

Officials say Set Free Alaska is a corporation that also receives some public money such as state grants and Medicare and Medicaid assistance.
—
Information from: The Homer (Alaska) News, http://www.homernews.com