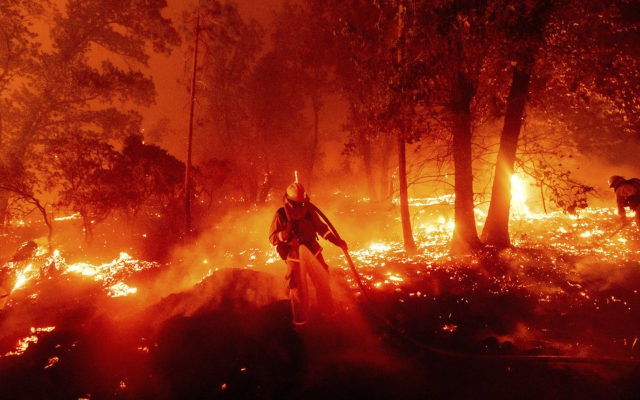 SAN FRANCISCO (AP) — Flames have devoured swaths of brush and trees in Northern California amid unseasonably hot and dry weather and officials say wind-whipped flames led two firefighters to deploy their emergency fire shelters. Fire officials said Wednesday that the firefighters last weekend were assigned to the Glasser fire burning in wine country north of San Francisco Sunday when gusty off-shore winds fanned the fire. Flames overwhelmed them, prompting them to hit the ground and cover themselves with the shelters that look like space blankets. The firefighters were not injured. High winds that spread new fires this week in the wine country led to the evacuations of more than 70,000 people.