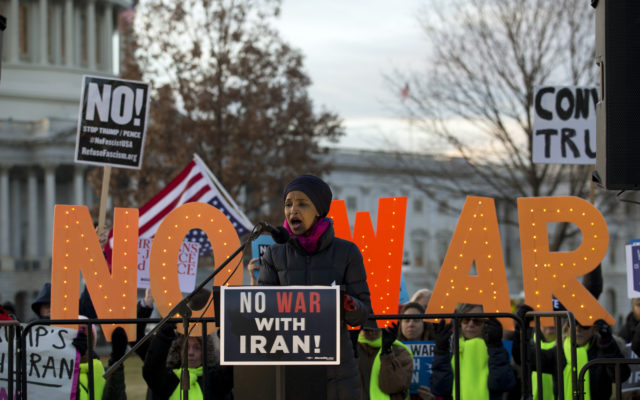 WASHINGTON (AP) – Reigniting a constitutional debate over war powers, the Democratic-controlled House has approved a resolution asserting that President Donald Trump must seek approval from Congress before engaging in further military action against Iran. The war powers resolution is not binding on Trump and would not require his signature. But House Speaker Nancy Pelosi nonetheless insists it “has real teeth” because “it is a statement of the Congress of the United States.” The House has passed the measure, 224-194, with almost no Republican support. GOP lawmakers are calling it a meaningless vote and little more than a “press release” intended to attack Trump.