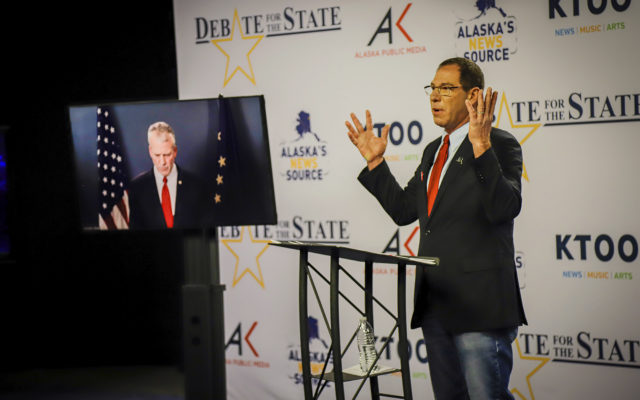 The ballot also includes a rematch of the 2018 U.S. House race between U.S. Rep. Don Young and independent Alyse Galvin. President Donald Trump, who won the state in 2016, and Democrat Joe Biden are vying for Alaska’s three electoral votes.

Most of the Legislature’s 60 seats are up for election, with control of the House and Senate up for grabs. The Senate in recent years has been led by Republicans. Since 2017, the House has been held by a bipartisan coalition.

Tens of thousands of Alaskans voted absentee and officials will not start counting those ballots until next week, meaning the outcome of some races may not be known Tuesday.

In the Senate race, Gross, a doctor who is running with Democratic support, has outraised Sullivan in a state that has long leaned Republican. The race drew outside attention with control of the Senate in play.

Sullivan sought to paint Gross as a liberal and flip-flopper who would side with Democrats on an “anti-Alaska agenda,” such as shutting down the Arctic National Wildlife Refuge to oil and gas drilling, while Gross cast Sullivan as timid and a “puppet” for Trump. Gross said he supports drilling in the refuge’s coastal plain and defended changing stances on some issues. Both candidates attacked each other’s integrity.