‘Into the Wild’ bus likely lands a home at Fairbanks museum 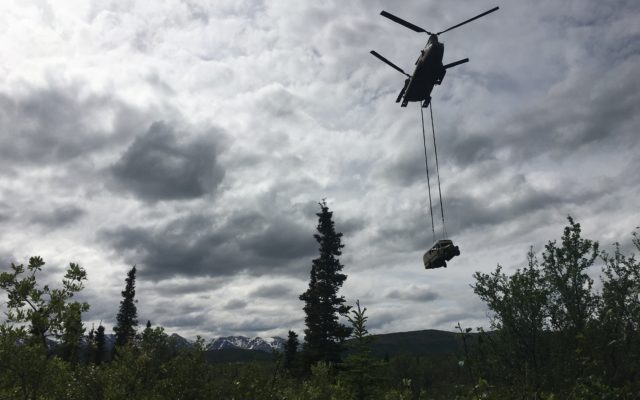 HEALY, AK - JUNE 18: In this handout provided by the to Alaska Department of Natural Resources, the Alaska Army National Guard transports “Bus 142”, a 1940s-era Fairbanks city bus, from its longtime resting place on the Stampede Trail to an interim staging point on the Stampede Road on June 18, 2020 25 miles west of Healy, Alaska. The Department of Natural Resources decided to move the bus in response to continuing and significant public safety hazards, injuries, and deaths related to the bus. Used since as an emergency shelter, it became well-known after Jon Krakauer’s 1996 book “Into the Wild” and a 2007 movie with the same name popularized the story of 24-year-old wanderer Chris McCandless, who sadly died there alone in 1992 after a 114-day stay. (Photo by Alaska Department of Natural Resources via Getty Images)

By MARK THIESSEN Associated Press
ANCHORAGE, Alaska (AP) — The abandoned city bus in the Alaska backcountry that was made famous by the “Into the Wild” book and movie looks like it will have a new home in Fairbanks. The Alaska Department of Natural Resources says it intends to negotiate with the University of Alaska’s Museum of the North to restore and display the bus. A final agreement is expected within a few months. Christopher McCandless hiked to the bus in 1992, and couldn’t hike back out because of a swollen river. He died of starvation in the bus, which has become a dangerous destination for those wanting to pay homage to McCandless.