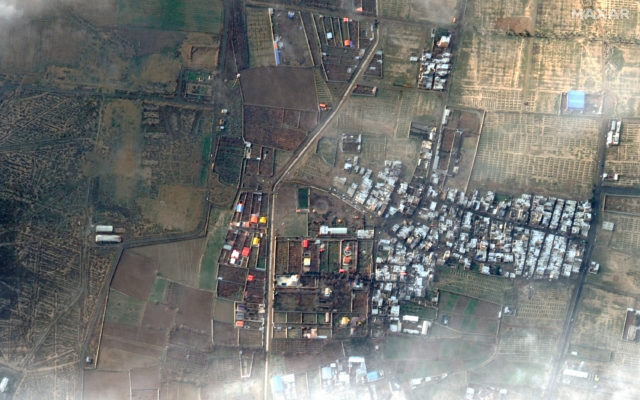 This satellite photo provided by Maxar Technologies on Thursday, Jan. 9, 2020, shows the site where a Ukrainian jetliner crashed late Tuesday near the town of Shahedshahr, Iran, southwest of the capital Tehran. A separate version of this image with annotations showing the location and length of the debris field has also moved. (Satellite image ©2020 Maxar Technologies via AP)

WASHINGTON (AP) – U.S., Canadian and British leaders say it is “highly likely” that an Iranian anti-aircraft missile downed a civilian Ukrainian jetliner late Tuesday, killing all 176 people on board. President Donald Trump, Canadian Prime Minister Justin Trudeau and British Prime Minister Boris Johnson all agreed that the fatal anti-aircraft missile could well have been fired at the jetliner by mistake. It came amid intentional missile launches and continuing high tension after a U.S. drone strike killed an Iranian Revolutionary Guard general. At least 63 of the people on board were Canadians.