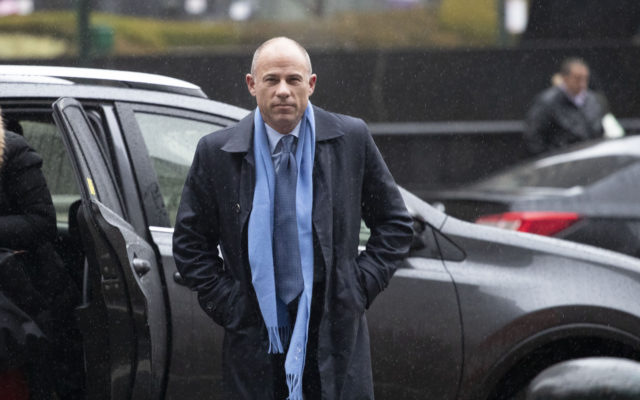 California attorney Michael Avenatti arrives at federal court to enter a plea to an indictment charging him with trying to extort up to $25 million from Nike, Tuesday, Dec. 17, 2019 in New York. (AP Photo/Mark Lennihan)

SANTA ANA, Calif. (AP) – A federal judge in California has revoked bail for attorney Michael Avenatti after prosecutors revealed evidence of new crimes. Prosecutors said Wednesday that Avenatti orchestrated several schemes to hide assets from creditors as he lived a life of luxury while awaiting trial. The development threatens to disrupt next week’s scheduled trial in New York on charges he tried to extort $25 million from Nike. Avenatti has declared his innocence. He was arrested at a bar court hearing in Los Angeles where state lawyers were seeking to prevent him from practicing law because he allegedly stole from clients.