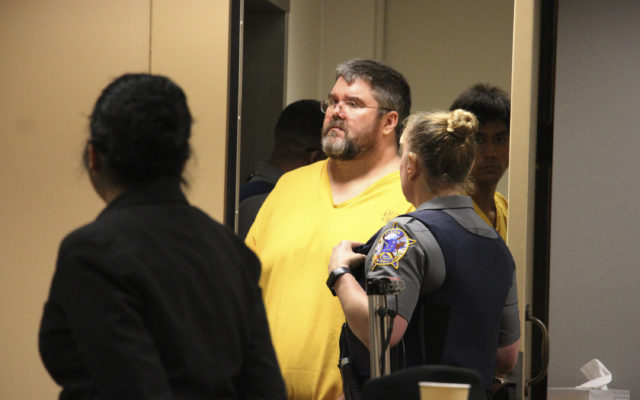 File - In this Aug. 6, 2019, file photo, Steven Downs is led into a courtroom for arraignment in Anchorage, Alaska. (AP Photo/Mark Thiessen, File)

FAIRBANKS, Alaska (AP) – A judge in Alaska says the state did not violate the right of a suspect in a Fairbanks murder case to a speedy trial. A defense attorney on Tuesday argued that delays in transporting 45-year-old Steven Downs from Maine to Fairbanks made it impossible for him to be tried within 120 days. Superior Court Judge Thomas Temple agreed with state prosecutors that extenuating circumstances, including mechanical delays in aircraft, meant Downs’ rights were not violated. Downs is charged with first-degree murder and sexual assault in the 1993 death of Sophie Sergie at a University of Alaska Fairbanks dormitory.