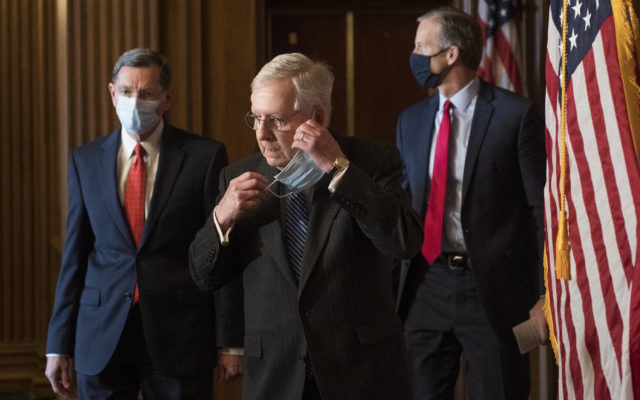 PIPER HUDSPETH BLACKBURN Associated Press
LOUISVILLE, Ky (AP) — Senate Minority Leader Mitch McConnell urged his fellow Republicans to be vaccinated against COVID-19 during a visit to a hospital in western Kentucky. The Kentucky Republican said Thursday that he wasn’t reluctant to be vaccinated when he became eligible and said he would encourage everybody to do so. A March poll by The Associated Press found that 42% of Republicans say they probably or definitely will not get the shot, compared to 17% of Democrats. McConnell was at odds with former President Donald Trump last year over the wearing of masks, which McConnell consistently encouraged. Kentucky will open up vaccine eligibility to anyone 16 and older starting next Monday.