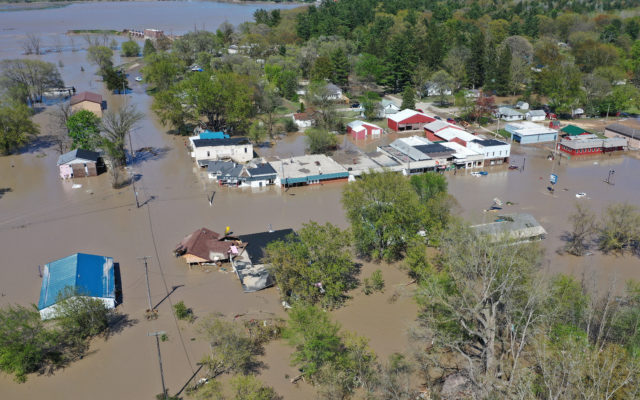 SANFORD, MICHIGAN - MAY 20: Aerial view of main street that is flooded after water from the Tittabawassee River breached a nearby dam on May 20, 2020 in Sanford, Michigan. Thousands of residents have been ordered to evacuate after two dams in Sanford and Edenville collapsed causing water from the Tittabawassee River to flood nearby communities. (Photo by Gregory Shamus/Getty Images)

By JOHN FLESHER AP Environmental Writer
TRAVERSE CITY, Mich. (AP) — A hydroelectric dam that failed to hold back floodwaters this week in Michigan was the target of lengthy investigations by federal regulators. The government revoked the Edenville dam’s license over safety violations two years before the flooding that forced 10,000 people to evacuate their homes. Boyce Hydro Power’s history of violations lasted throughout the 14 years the company was authorized to run the nearly century-old dam. That’s according to the Federal Energy Regulatory Commission. It repeatedly raised concerns about the dam’s spillway capacity. The dam is about 140 miles (225 kilometers) north of Detroit.