Most isolated US border crossing with Canada to get upgrade 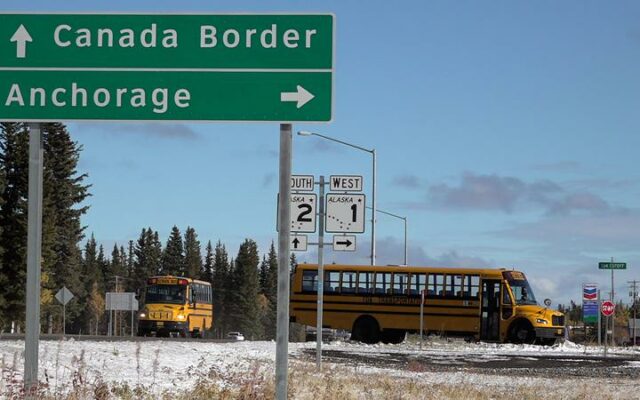 The funding for design and construction of the ALCAN Border Station will come from the federal infrastructure law, the U.S. General Services Administration said in a statement.

The GSA says the current location built in 1971 is the most isolated port of entry between the U.S. and Canada. It experiences extreme weather conditions.

“After more than 50 years, it is time to bring this port into the 21st century,” Republican U.S. Rep. Don Young of Alaska said in the GSA statement.

This funding “will go a long way toward maximizing efficiency, spurring economic growth and bolstering our national security,” Young said.

The project calls for a modern, energy efficient port that will include operational facilities, housing and community complexes. The new port will consolidate primary and secondary inspection areas in one building and shield U.S. Customs and Border Protection personnel from the weather.