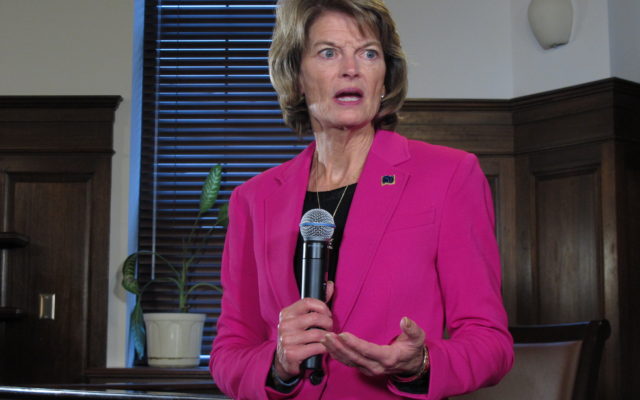 By BECKY BOHRER
Associated Press
JUNEAU, Alaska (AP) – U.S. Sen. Lisa Murkowski says many of President Donald Trump’s policies have been good and benefited Alaska. But she did not say Tuesday whether she would support his reelection bid. Murkowski told reporters in Alaska’s capital city she planned to focus on issues important to the state, not on what’s coming up in November. In 2016, the Republican senator said Trump had forfeited the right to be the party’s nominee after a 2005 video surfaced of him making lewd comments about women. Since his election, the two have been on the same side of a number of issues. But Murkowski says she hasn’t hesitated to call him out when she thinks he’s wrong.