Murkowski wants to hear case before deciding on witnesses 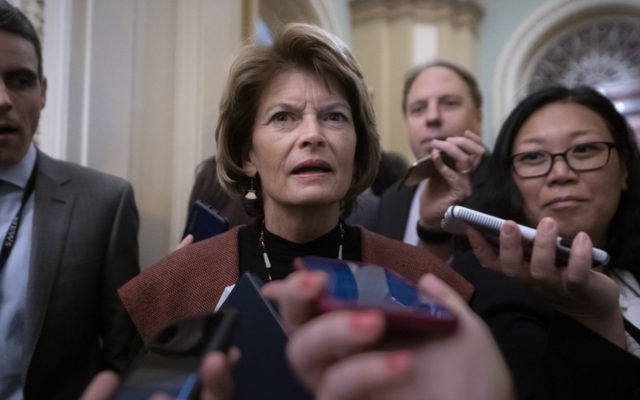 Sen. Lisa Murkowski, R-Alaska, arrives at the Senate for the start of the impeachment trial of President Donald Trump on charges of abuse of power and obstruction of Congress, at the Capitol in Washington, Tuesday, Jan. 21, 2020. (AP Photo/J. Scott Applewhite)

By BECKY BOHRER
Associated Press
JUNEAU, Alaska (AP) – Alaska U.S. Sen. Lisa Murkowski says she’s comfortable waiting to decide if more information is needed as part of the Senate’s impeachment trial of President Donald Trump until after hearing arguments from House managers and Trump attorneys. The Republican senator says she wants to make sure there’s a process that allows senators to hear the case and ask questions before deciding if more is needed. She spoke to reporters from Anchorage ahead of Senate impeachment trial proceedings expected to begin Tuesday. She says there are political pressures on all senators but she is focused on carrying out her constitutional obligations.