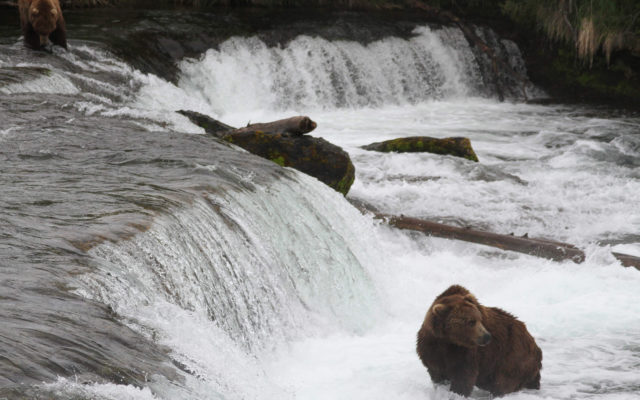 The National Park Service has completed a $5.6 million elevated bridge and boardwalk across the Brooks River in Katmai National Park and Preserve that replaces a river-level bridge often closed to human traffic because it was occupied by brown bears.

A popular venue is Brooks Camp, where the park has three bear-viewing platforms. Visitors must cross the river to reach all three platforms.

The Park Service plans a ribbon-cutting ceremony for the bridge on June 29.