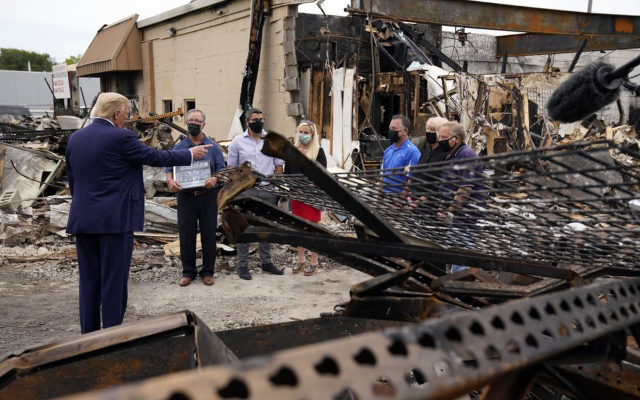 KENOSHA, Wis. (AP) — The owner of a camera shop that was destroyed during unrest in Kenosha and highlighted during President Donald Trump’s visit says the president used his store for political gain by appearing with a former owner of the business. Tom Gram says he bought Rode’s Camera Shop from the Rode family eight years ago. The White House notes John Rode still owns the property. The building was destroyed by fire during protests over the police shooting of Jacob Blake. Meanwhile, a lawyer for the 17-year-old accused of fatally shooting two demonstrators tweeted a recording of him thanking supporters from jail.