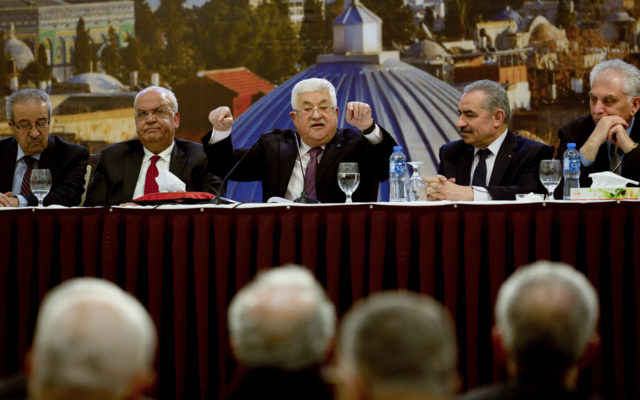 RAMALLAH, West Bank (AP) – Palestinian President Mahmoud Abbas says “a thousand no’s” to the Mideast peace plan announced by President Donald Trump, which strongly favors Israel. Abbas says: “After the nonsense that we heard today we say a thousand no’s to the Deal of The Century.” He said the Palestinians remain committed to ending the Israeli occupation and establishing a state with its capital in east Jerusalem. The plan would create a Palestinian state in parts of the West Bank, but would allow Israel to annex nearly all of its settlements in the occupied territory. The plan would allow the Palestinians to establish a capital on the outskirts of east Jerusalem but would leave most of the city under Israeli control.