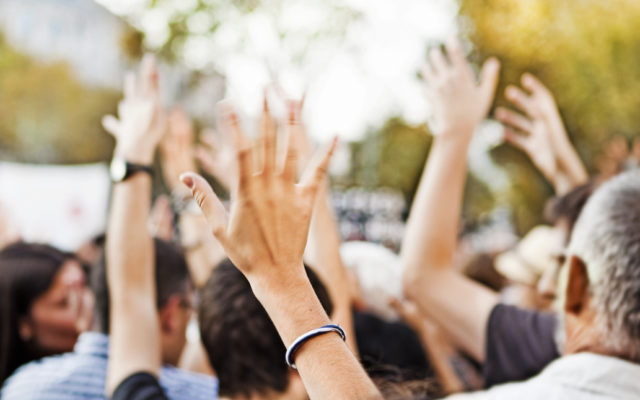 PORTLAND, Ore. — At least two Portland-based reporters have been hurt in recent days while covering protests against police brutality.
Oregon Public Broadcasting reports Oregonian journalist Beth Nakamura recounted being slammed by a baton while Portland Tribune reporter Zane Sparling said he was shoved into a wall by a police officer and hit by a crowd control munition.
The reporters say they identified themselves to police as press. In both incidents, the reporters were told by police, in what the journalists described as profanity-laced responses, that their press credentials did not matter.
Portland Mayor Ted Wheeler said on Twitter they were alarming incidents that need to be addressed.
Police spokesperson Lt. Tina Jones says they continue to work with media partners about the importance of following lawful orders so they can stay safe and avoid arrest or altercation.