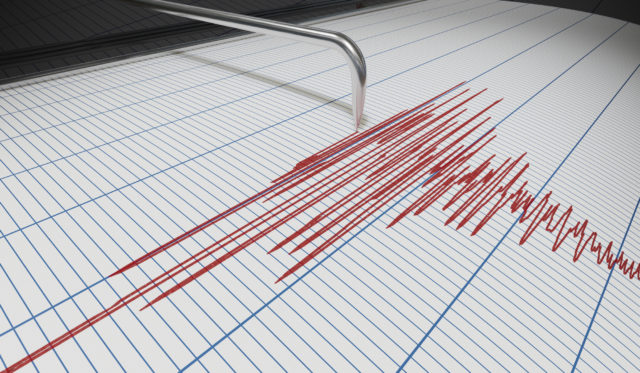 By MARK THIESSEN Associated Press
ANCHORAGE, Alaska (AP) — A powerful earthquake off Alaska’s southern coast has jolted some coastal communities and forced some residents to briefly scramble for higher ground over fears of a tsunami. There were no immediate reports of damage late Tuesday in the sparsely populated area of the state. The tsunami warning was canceled after the magnitude 7.8 quake off the Alaska Peninsula produced a wave of a less than a foot. The quake was centered about 65 miles offshore. Strong shaking was reported by residents in communities within 100 miles. Some people in Anchorage about 500 miles away also reported feeling the earthquake.